In case you haven’t noticed, let me alert you to a bracing turn of events: The U.S. is now in conflict with Russia and China at the same time. Grandma always said, “Never fight Russia and China at the same time.” So did Henry Kissinger. Alas, there is a strong case in the national interest for confronting both today. But have no doubt: We are in uncharted waters. I just hope that these are not our new “forever wars.”

The struggle with Russia is indirect, but obvious, escalating and violent. We are arming the Ukrainians with smart missiles and intelligence to force the Russians to withdraw from Ukraine. While taking nothing away from the bravery of the Ukrainians, the U.S. and NATO’s support has played a giant role in Ukraine’s battlefield successes. Just ask the Russians. But how does this war end? No one can tell you.

Today, though, I want to focus on the struggle with China, which is less visible and involves no shooting, because it is being fought mostly with transistors that toggle between digital 1s and 0s. But it will have as big, if not bigger, an impact on the global balance of power as the outcome of the combat between Russia and Ukraine. And it has little to do with Taiwan.

It is a struggle over semiconductors — the foundational technology of the information age. The alliance that designs and makes the smartest chips in the world will also have the smartest precision weapons, the smartest factories and the smartest quantum computing tools to break virtually any form of encryption. Today, the U.S. and its partners lead, but China is determined to catch up — and we are now determined to prevent that. Game on.

Last week, the Biden administration issued a new set of export regulations that in effect said to China: “We think you are three technology generations behind us in logic and memory chips and equipment, and we are going to ensure that you never catch up.” Or, as the national security adviser Jake Sullivan put it more diplomatically: “Given the foundational nature of certain technologies, such as advanced logic and memory chips, we must maintain as large of a lead as possible” — forever.

“The U.S. has essentially declared war on China’s ability to advance the country’s use of high-performance computing for economic and security gains,” Paul Triolo, a China and tech expert at Albright Stonebridge, a consulting firm, told The Financial Times. Or as the Chinese Embassy in Washington framed it, the U.S. is going for “sci-tech hegemony.”

But where does this war end? No one can tell you. I don’t want to be ripped off by a China that is increasingly using technology for absolute control at home and creepy power-projection abroad. But if we are now locked on a path of denying China advanced technologies forever — eliminating any hope of win-win collaborations with Beijing on issues like climate and cybercrime, where we face mutual threats and are the only two powers that can make a difference — what kind of world will that produce? China should be asking the same questions.

All I know for sure is that regulations issued Friday by President Biden’s Commerce Department are a formidable new barrier when it comes to export controls that will block China from being able to buy the most advanced semiconductors from the West or the equipment to manufacture them on its own.

The new regulations also bar any U.S. engineer or scientist from aiding China in chip manufacturing without specific approval, even if that American is working on equipment in China not subject to export controls. The regs also tighten the tracking to ensure that U.S.-designed chips sold to civilian companies in China don’t get into the hands of China’s military. And, maybe most controversially, the Biden team added a “foreign direct product rule” that, as The Financial Times noted, “was first used by the administration of Donald Trump against Chinese technology group Huawei” and “in effect bars any U.S. or non-U.S. company from supplying targeted Chinese entities with hardware or software whose supply chain contains American technology.”

This last rule is huge, because the most advanced semiconductors are made by what I call “a complex adaptive coalition” of companies from America to Europe to Asia. Think of it this way: AMD, Qualcomm, Intel, Apple and Nvidia excel at the design of chips that have billions of transistors packed together ever more tightly to produce the processing power they are seeking. Synopsys and Cadence create sophisticated computer-aided design tools and software on which chip makers actually draw up their newest ideas. Applied Materials creates and modifies the materials to forge the billions of transistors and connecting wires in the chip. ASML, a Dutch company, provides the lithography tools in partnership with, among others, Zeiss SMT, a German company specializing in optical lenses, which draws the stencils on the silicon wafers from those designs, using both deep and extreme ultraviolet light — a very short wavelength that can print tiny, tiny designs on a microchip. Intel, Lam Research, KLA and firms from Korea to Japan to Taiwan also play key roles in this coalition.

The point is this: The more we push the boundaries of physics and materials science to cram more transistors onto a chip to get more processing power to continue to advance artificial intelligence, the less likely it is that any one company, or country, can excel at all the parts of the design and manufacturing process. You need the whole coalition. The reason Taiwan Semiconductor Manufacturing Company, known as TSMC, is considered the premier chip manufacturer in the world is that every member of this coalition trusts TSMC with its most intimate trade secrets, which it then melds and leverages for the benefit of the whole.

Because China is not trusted by the coalition partners not to steal their intellectual property, Beijing is left trying to replicate the world’s all-star manufacturing chip stack on its own with old technologies. It managed to pilfer a certain amount of chip technology, including 28 nanometer technology from TSMC back in 2017.

Until recently, China’s premier chip maker, Semiconductor Manufacturing International Company, had been thought to be stuck at mostly this chip level, although it claims to have produced some chips at the 14 nm and even 7 nm scale by jury-rigging some older-generation Deep UV lithography from ASML. U.S. experts told me, though, that China can’t mass produce these chips with precision without ASML’s latest technology — which is now banned from the country.

This week I interviewed U.S. Secretary of Commerce Gina Raimondo, who oversees both the new export controls on chips and the $52.7 billion that the Biden administration has just secured to support more U.S. research on next-generation semiconductors and to bring advanced chip manufacturing back to the U.S. Raimondo rejects the idea that the new regulations are tantamount to an act of war.

“The U.S. was in an untenable position,” she told me in her office. “Today we are purchasing 100 percent of our advanced logic chips from abroad — 90 percent from TSMC in Taiwan and 10 percent from Samsung in Korea.” (That IS pretty crazy, but it IS true.)

“We do not make in the U.S. any of the chips we need for artificial intelligence, for our military, for our satellites, for our space programs” — not to mention myriad nonmilitary applications that power our economy. The recent CHIPS Act, she said, was our “offensive initiative” to strengthen our whole innovation ecosystem so more of the most advanced chips will be made in the U.S.

Imposing on China the new export controls on advanced chip-making technologies, she said, “was our defensive strategy. China has a strategy of military-civil fusion,” and Beijing has made clear “that it intends to become totally self-sufficient in the most advanced technologies” to dominate both the civilian commercial markets and the 21st century battlefield. “We cannot ignore China’s intentions.”

So, to protect ourselves and our allies — and all the technologies we have invented individually and collectively — she added, “what we did was the next logical step, to prevent China from getting to the next step.” The U.S. and its allies design and manufacture “the most advanced supercomputing chips, and we don’t want them in China’s hands and be used for military purposes.”

Our main focus, concluded Raimondo, “is playing offense — to innovate faster than the Chinese. But at the same time, we are going to meet the increasing threat they are presenting by protecting what we need to. It is important that we de-escalate where we can and do business where we can. We don’t want a conflict. But we have to protect ourselves with eyes wide open.”

China’s state-directed newspaper Global Times editorialized that the ban would only “strengthen China’s will and ability to stand on its own in science and technology.” Bloomberg quoted an unidentified Chinese analyst as saying “there is no possibility of reconciliation.”

Welcome to the future…

The Times is committed to publishing a diversity of letters to the editor. We’d like to hear what you think about this or any of our articles. Here are some tips. And here’s our email: letters@nytimes.com.

Thomas L. Friedman is the foreign affairs Op-Ed columnist. He joined the paper in 1981, and has won three Pulitzer Prizes. He is the author of seven books, including “From Beirut to Jerusalem,” which won the National Book Award. @tomfriedman•Facebook

A version of this article appears in print on Oct. 13, 2022, Section A, Page 24 of the New York edition with the headline: We Are Suddenly Taking On China and Russia at Once. Order Reprints | Today’s Paper | Subscribe
https://www.nytimes.com/
Share 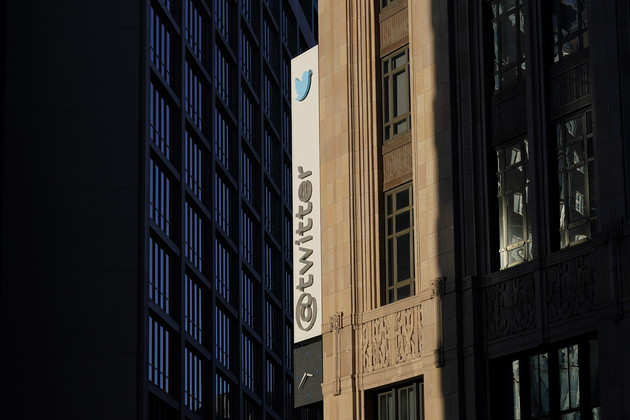 Never mind, Musk says — accusation against Apple was a ‘misunderstanding’ 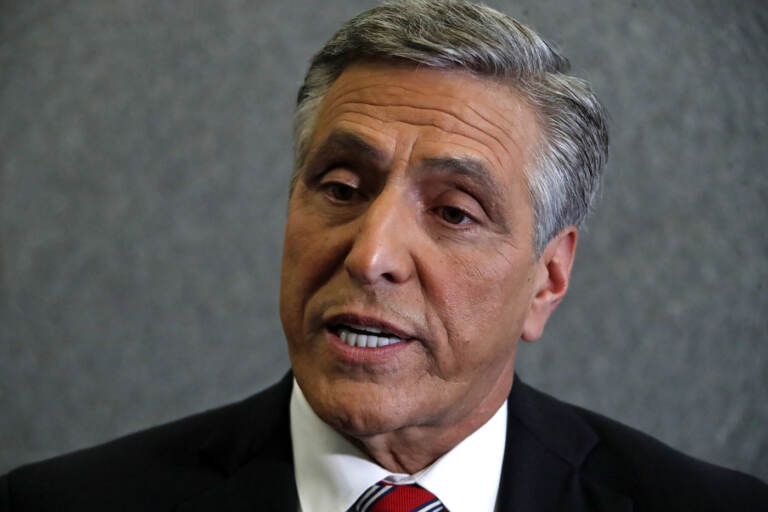 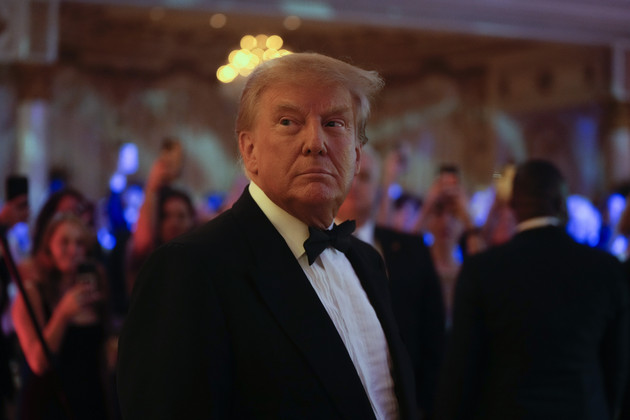 Trump has (yet another) bad legal day 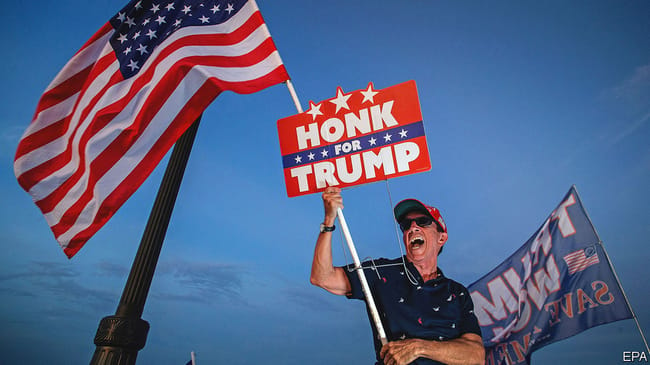