Italy Salutes a War Hero and the Values He Fought For

Italy Salutes a War Hero and the Values He Fought For

ROME — Many of the mourners at the wake and funeral of Mario Fiorentini — Italy’s most decorated resistance fighter, who died on Tuesday at age 103 — had stories to tell.

They included the gracefully aging 102-year-old partisan, as World War II freedom fighters are known in Italy, who met “Mario” in 1944, when they helped liberate Rome from the Nazi occupiers and never lost touch. And the math teacher in awe of Mr. Fiorentini, who became a math whiz and a professor after the war, for being able to make mathematics fun even for the youngest minds.

And the postal worker who casually befriended Mr. Fiorentini and ended up writing a biography that coincided with his 100th birthday. “He was a teacher of life who changed mine,” said the author, Mirko Bettozzi, who still marveled that they had become friends. “I was no one,” he said — they had nothing in common, but that was Mario. “Open to meeting all people,” and an inspiration to many.

Hundreds of people came to a wake on Wednesday and a funeral with full military honors on Thursday to celebrate Mr. Fiorentini and his heroic resistance against the fascist dictatorship.

For some, Mr. Fiorentini’s wartime deeds resounded ahead of national elections next month that polls suggest will be won by a center-right coalition whose leading candidate for prime minister, Giorgia Meloni, is the descendant of Italy’s post-fascist parties.

Those who knew Mr. Fiorentini recalled his courage, his unwavering belief in and willingness to fight for the right to freedom, his insatiable curiosity in all manner of things.

And they spoke of his two great passions: mathematics, “which he studied in a maniacal manner,” his son Giancarlo said at Mr. Fiorentini’s funeral on Thursday, and his love for his wife, Lucia Ottobrini, who fought alongside him to liberate Rome. They shared 70 years of marriage until her death in 2015.

“He was able to do what he did because of Lucia,” their grandson, Suriel Capodacqua, said at the public viewing. A photo of the couple, taken in Paris in 1946, rested against the edge of the coffin. They had gotten married a year earlier, in August 1945, at Rome City Hall, where Mr. Fiorentini’s public viewing was held. His grandmother’s wedding dress had been crafted from a parachute, Mr. Capodacqua said, as “it was the only white cloth available at the time.”

Medals, including medals of valor, were laid out on a blue pillow on Mr. Fiorentini’s coffin, alongside an Italian flag embossed with the logo of the National Association of Italian Partisans, or A.N.P.I., of which Mr. Fiorentini had been an active member.

After Rome was liberated from the Nazis in June 1944, Mr. Fiorentini asked to be parachuted into northern Italy to continue to fight. His family said he had been awarded the Donovan Medal for his work as a liaison officer with the Office of Strategic Services, the forerunner of the C.I.A., as well as a British Special Forces medal.

Mr. Fiorentini, whose father was Jewish, was one of the last survivors from the resistance groups who fought the German forces that had taken control of northern and central Italy in 1943. About 2,000 partisans who fought in the war are still alive, said Fabrizio De Sanctis, the president of a local branch of A.N.P.I., “but the pandemic and the heat this summer have been dealing harsh blows,” he added.

On Wednesday evening, two partisans and old friends of Mr. Fiorentini — Gastone Malaguti and Iole Mancini — paid their respects and for several minutes stood silent guard next to his coffin.

Like Mr. Fiorentini, Mr. Malaguti, 96, originally a member of a partisan group in Bologna, frequently visited schools before the pandemic to explain the resistance to students. Sometimes he spoke so much he would lose his voice, he said, adding, “They wanted to know so many things — the details, my first actions, how I’d found the courage at 17.”

Earlier this year, Ms. Mancini, 102, published a book about her experience in the resistance, fighting alongside Mr. Fiorentini and Ms. Ottobrini. Mr. Fiorentini had been a witness at her wedding to another fighter, Ernesto Borghesi. “So many memories, a lifetime — we’ve always been in touch,” she said.

Keeping the memory of the resistance alive was becoming harder and harder. “Young people today don’t understand the significance of this simple word, freedom,” she said. “But then they have never lived through a dictatorship.”

“Our resistance was born to liberate Italy from fascism,” she said. “We succeeded with many deaths — the best friends, comrades died for this ideal: freedom of thought, freedom to act.”

She continued, sadly: “Then, unfortunately, life taught me that there are no common interests. Everyone thinks of himself.” Italian politicians, she said, had forgotten what it was to “fight for an ideal, for the common good.”

Recalling the many headlines that marked his death — calling him “the last great partisan,” “a symbol of the resistance,” “a great Italian” or “the partisan professor” — Gianfranco Pagliarulo, president of A.N.P.I., said they were all true.

But he added that he preferred to see him through a lens that Mr. Fiorentini had used on himself: an ordinary person who had brought out an extraordinary will and passion when the moment required it.

And though his status as a resistance hero had made him nationally known, Mr. Fiorentini was much prouder of his more rarefied standing as a mathematician of note. “Remember,” he told Mr. De Sanctis, the local A.N.P.I. official, “the resistance to Nazi fascism is the most beautiful page of our history, but mathematics is more important.”

At the funeral, some speakers cautioned that freedom, and democracy, were hard-won values that should not be taken for granted.

Mr. Capodacqua, the grandson who had lived with Mr. Fiorentini for 26 years, cautioned that fascism could still rear its head in Italy. “Let’s never forget who Mario Fiorentini was and what was in his heart,” he said.

An earlier version of this story misstated the surname of the author of a biography about Mario Fiorentini. He is Mirko Bettozzi, not Bettazzi.

Elisabetta Povoledo has been writing about Italy for nearly three decades, and has been working for The Times and its affiliates since 1992. @EPovoledo•Facebook

A version of this article appears in print on Aug. 12, 2022, Section A, Page 7 of the New York edition with the headline: Italy Salutes War Hero Who Fought the Nazis. Order Reprints | Today’s Paper | Subscribe
https://www.nytimes.com/
Share 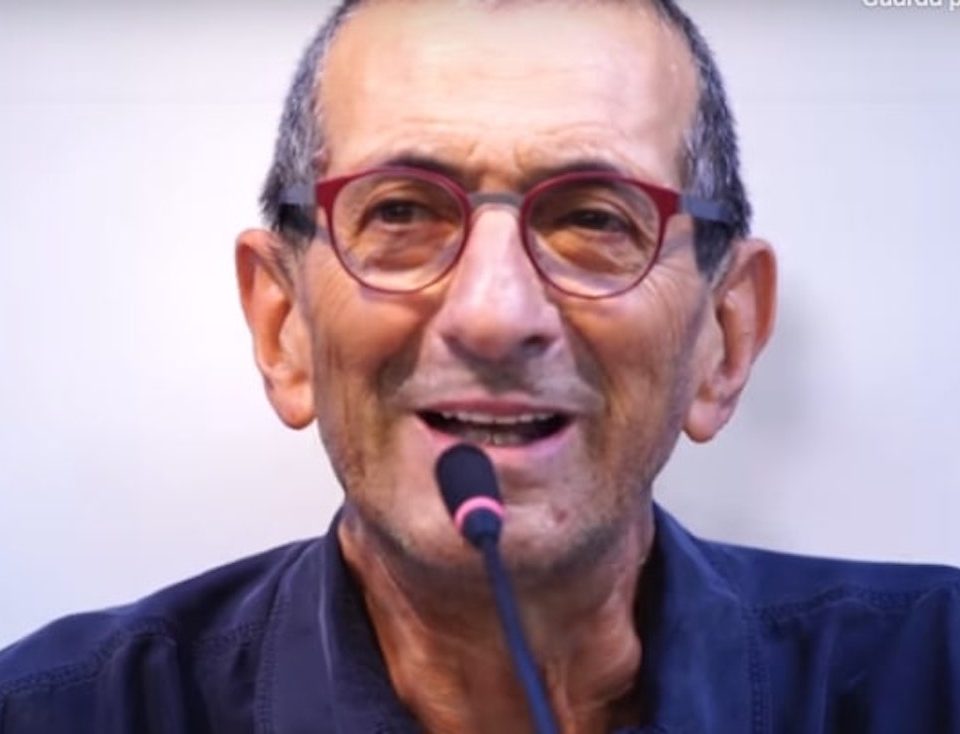 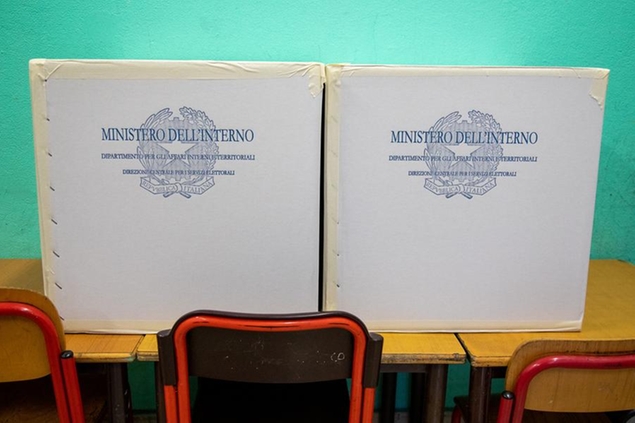 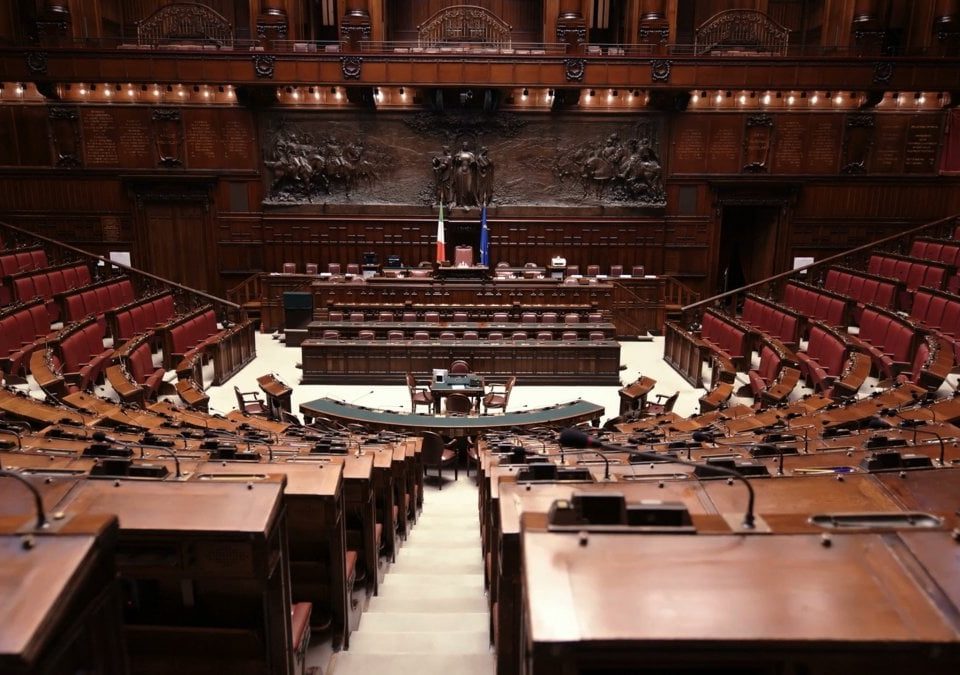 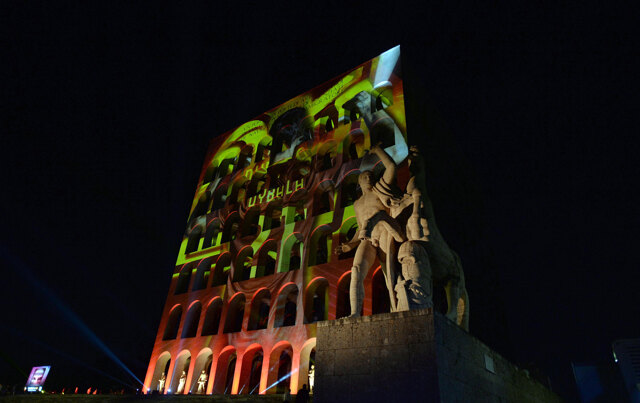